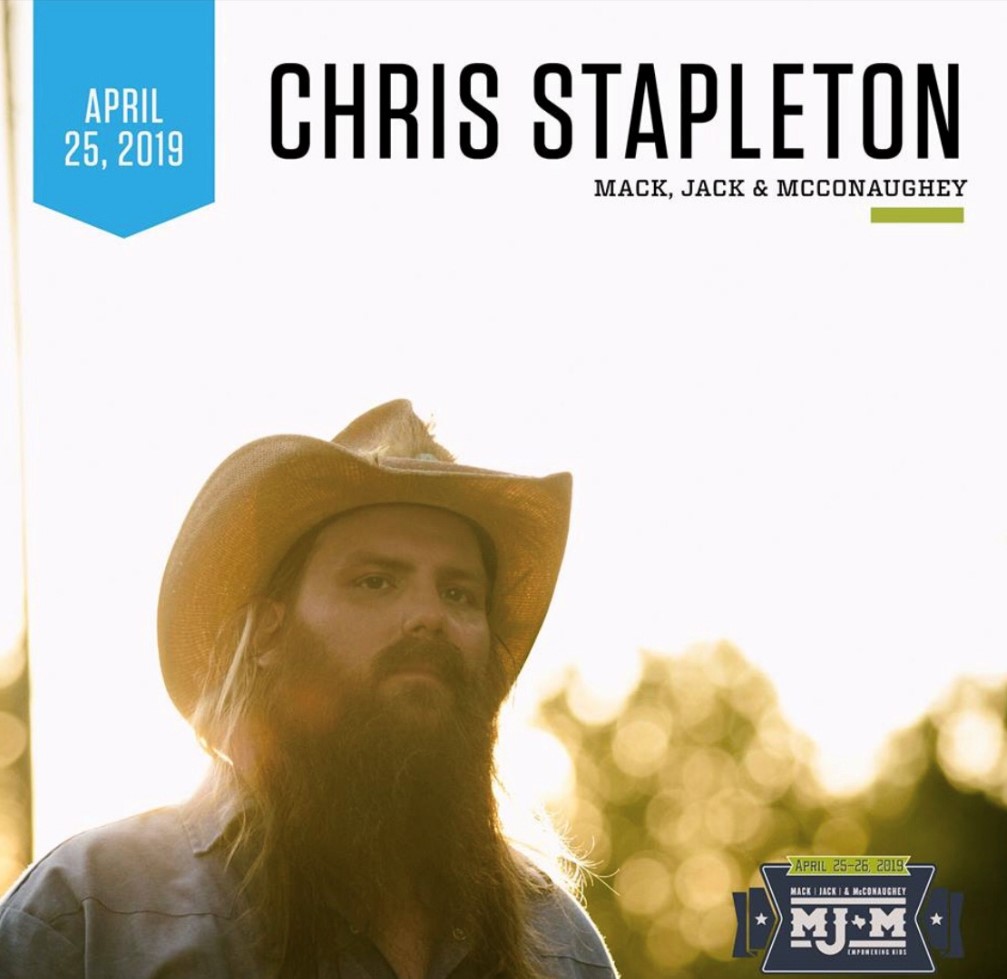 “Texas always shows us the warmest welcome and being able to support organizations devoted to empowering children and their wellbeing makes this performance all the more special” commented Stapleton.

“Chris Stapleton is such a talented musician and we are so excited to welcome him to our MJ&M gala. His unique blend of country, classic rock and Southern soul will captivate music fans and give them a night to remember” said McConaughey.

“Every year MJ&M is honored to host some of the greatest names in music and this year is no exception. We are humbled to have the legendary Chris Stapleton headline the gala concert” Ingram added.

For more information about Mack, Jack & McConaughey, or to sign up to receive further announcements about the 2019 event, please visit  https://mackjackandmcconaughey.com/.