While filming Dazed and Confused, Matthew McConaughey was struggling with the passing of his father. It was during this time that he was overtaken by a saying that would soon change his life: “just keep livin” or “j.k. livin” as it’s called.

As life continued forward, he found that the just keep livin approach helped him navigate through the good times and bad times, stay true to his ideals, and make the best out of this adventure we call life.

When Matthew established his foundation, naming it “just keep livin” was a natural fit. It captured so many aspects of health and well-being and applies to all facets of life. He included his father, “Pop”, on the logo in remembrance of the saying’s origin.

The just keep livin foundation is based on the idea that part of living is about giving back. In addition to creating things you love with the people you love, Matthew firmly believes in helping others and in being a good neighbor. 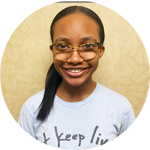 Mya Hickman New Vision Humanities High School, New York A once timid, shy and reserved freshman, Mya from New Vision Humanities in New York, took the advice from her counselor and joined the JKL program. Mya is now a thriving, outspoken sophomore student who remembers that day vividly. She explains, “I had such a ...

Our plan for Virtual Programming this Fall